With a number of river runs in the last week and the last of a very successful set of pool sessions, paddling season is well under way in Prince George.

Early in the year Brigade members travelled to several world-class paddling venues within BC, looking for warmer temperatures and decent boating. A trip to Tofino on Vancouver Island was definitely a departure for me personally, I'd never tried board surfing before so ocean waves were a new challenge. 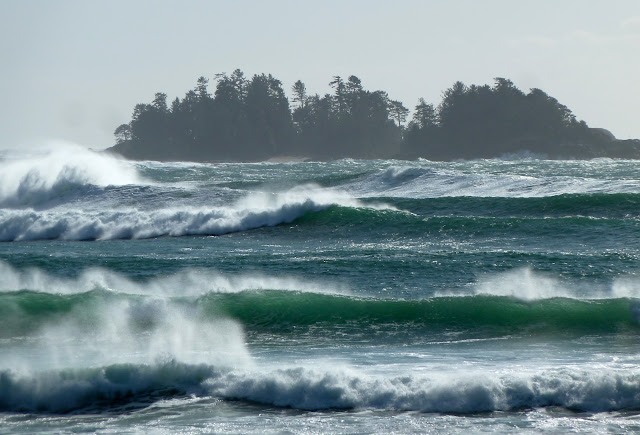 On a couple of days the wind was off the hook and it made paddling out past the breaking surf difficult. I quickly developed a good deal of respect for the raw power of ocean surf, getting it wrong would occasionally result in my short boat being tumbled end-over-end. River waves generally don't do that :) How Matt managed standing up on his surfboard was beyond me. Judging by the number of waves Rebecca and I caught in our kayaks, boat surfing seems much simpler. 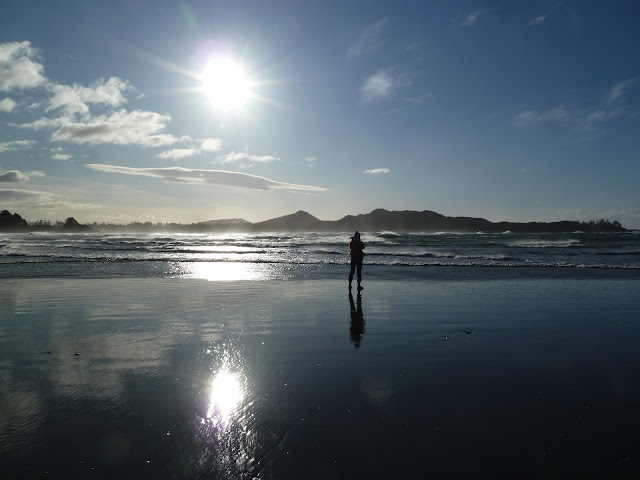 By the end of the week I was on my own paddling, but I managed to hook up with some Vancouver Kayak Club boaters and was impressed to see they had some novices riding the whitewater closer to the beach. They looked like they were having a complete blast.

I'm resolved to organise another winter trip to Tofino, it's a beautiful chilled out little town with some awesome surf. Roll on next winter (did I really just say that??). Thanks to Matto for organising the trip, and to Luke for accommodations and sick surf videos. 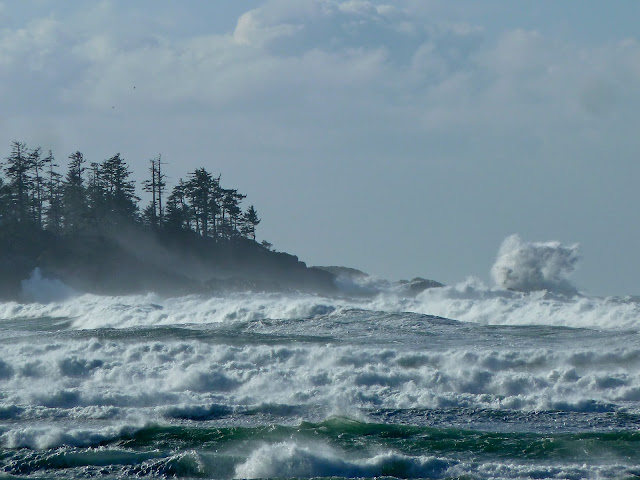 Over the Easter weekend, Rebecca and I paddled the Chilliwack River near Chilliwack in BC. The canyon section was at very low water but made for a technical (and sometimes thrilling) start to paddling rivers this season. We also managed a run from Slesse Creek to Tamahi rapid, which was a much more relaxed paddle in glorious sunshine.

After Easter the rivers around PG were open enough for paddling to begin in earnest. Beginner runs down the Nechako in town and runs down Isle Pierre and the Lower Willow for the more experienced have all been fun, with the Willow already well on its way to a very high level. Prime Willow canyon play levels occurred around mid April. 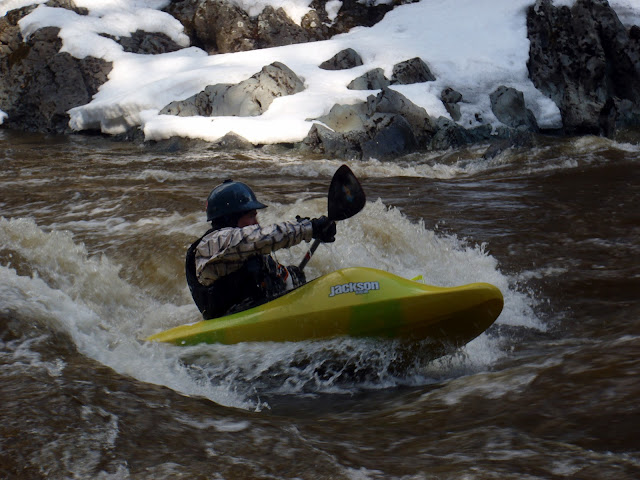 In the next few weeks we will be organising lake sessions to introduce interested beginners to paddle strokes as well as rolling in cold water. Keep an eye on the club's Facebook page or the club blog for updates on this.

That's it for now, apart from a big thanks to Matt DeLong for organising the pool sessions. Thanks also to everyone that took part, especially those that brought boats and gear and gave up their pool time to help out new paddlers.

Frase: I just wanted to ask if you would mind if I used your photo in my painting. The one with the waves breaking away from the island. It is a beautiful photo, I found your web site to be very interesting. My son would so love to be a part of the your teams adventures. It looks way fun!. Thanks for letting me know. Sincerely Deborah Linzy. You can email me your response at snowybear1957@gmail.com