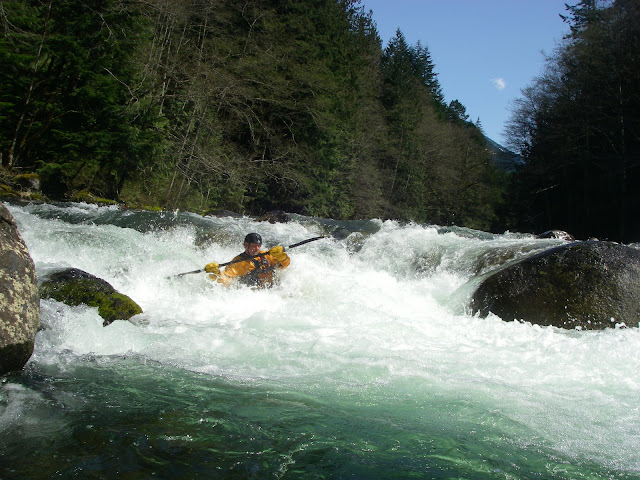 Last weekend, we went down to the Chilliwack River to attend the Vancouver Kayak Club Paddlefest. Although this was their first official paddling festival, the VKC have actually been around for 50 years, so this was also a celebration. After getting in late on Friday, we met up with 40-50 other paddlers and friendly volunteers at Tamihi Creek Campground Saturday morning. Trips were planned on most sections of the Chilliwack River, including Sleese Creek, Alison Pools, Tamihi Rapids, and the Chilliwack Canyon, with well organized shuttle service all day. Here's Gee and Luke, awaiting a ride: 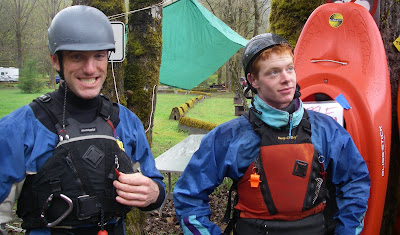 We were lucky to hook up with VKC member Philip Morley to run the Canyon. Nothing beats a local guide on a new run! Especially as none of us had done the run before. Here we are at the put-in: 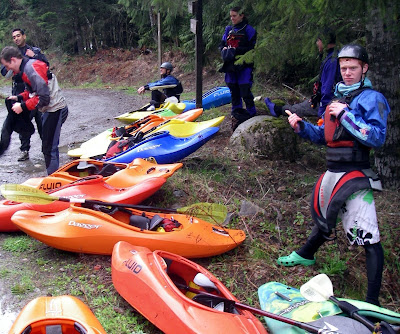 We heard the level was quite low (0.95 m on the gauge), so we didn't really know what to expect. Despite a few bumps and grinds however, it was all good boating with lots of technical drops and rapids. 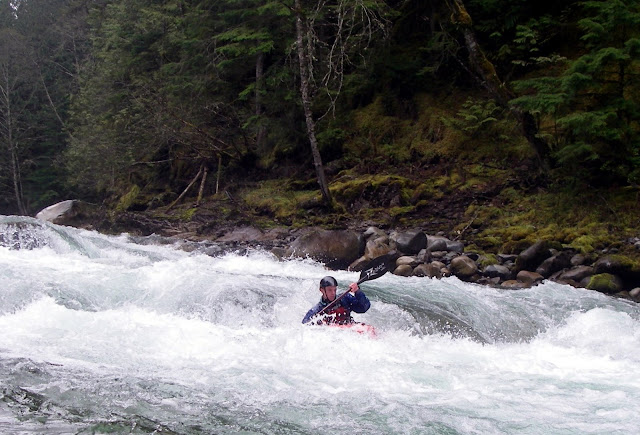 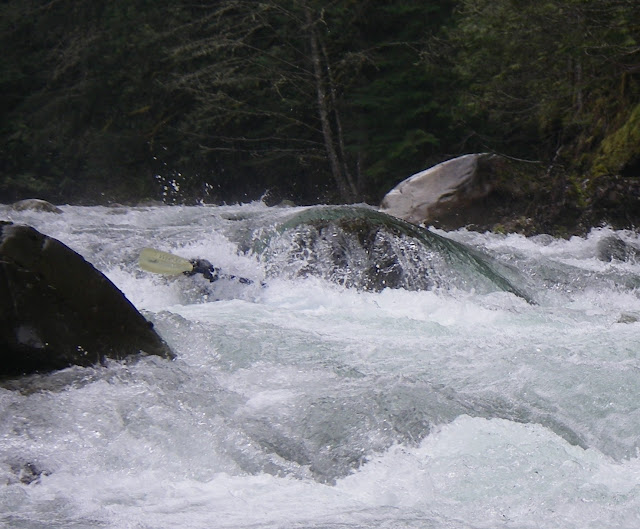 Chris going deep above, and here`s a few more of the named drops below, something Mel`s Hole I think, and maybe Carousel. 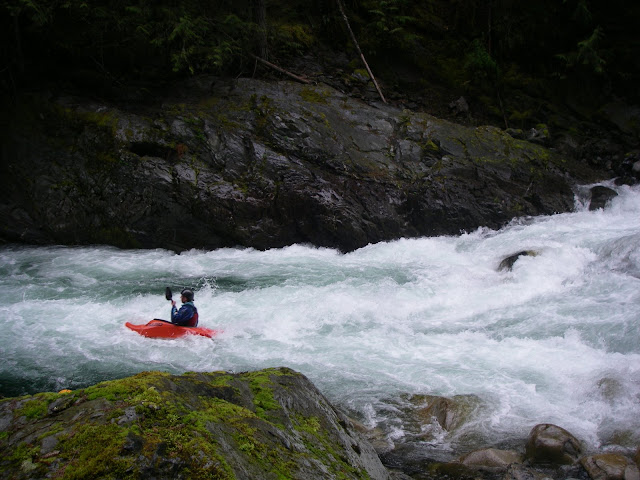 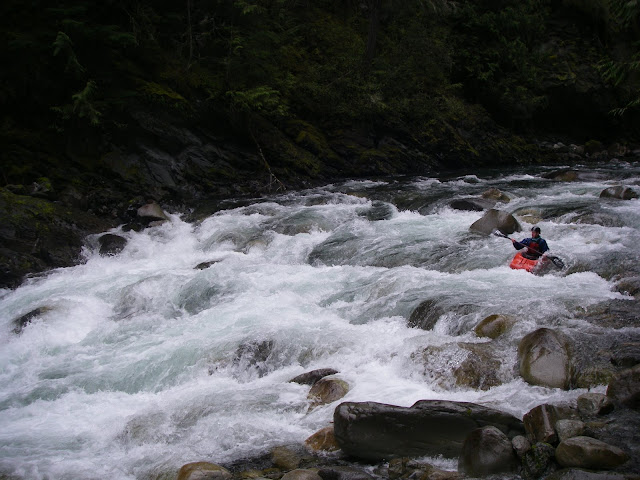 We finished off the day by unsuccessfully searching for this mysterious play wave near Alison's Pool, then tried to fire-up Chris for his big downriver race by chasing him all the way back to the campground through Tamihi Rapids. 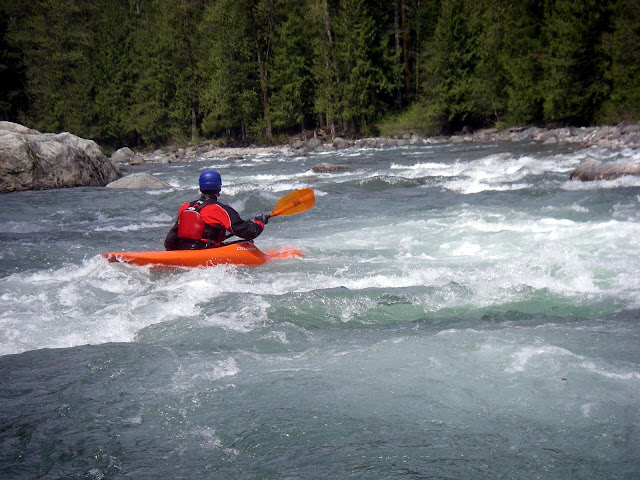 Instead of racing, which incidentally went off like 1-2-3, Luke and I took advantage of what was probably the best thing I've ever seen at a paddling festival: a hot tub! This was run by Don Jamieson out of Sea to Sky Kayaks in North Van. Don's a rad dude for sure, and it was definitely nice to soak in 110 degrees after a cool day on a cold river.


After some dins and a few beers, we met these jokers --- recognize anyone? Original H20 and Clearwater Matt. Hilarious! 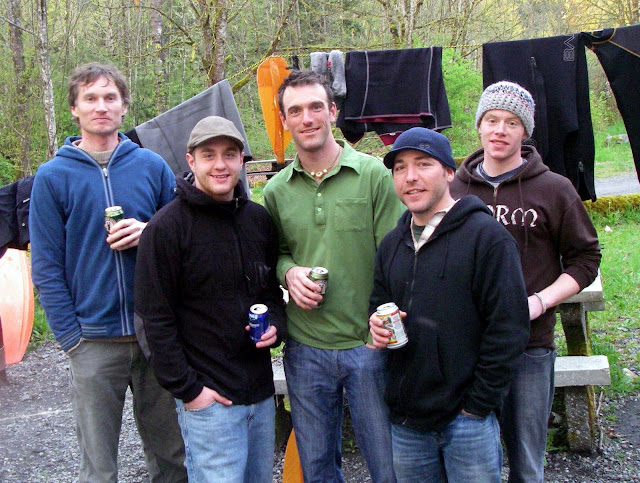 Pretty soon it was night-time and we all gathered around the fire. It was great to catch up with old friends like Kaya Downs, and meet some new ones. Awesome prizes were raffled off and then the band took the stage which was quite literally unbelievable. First gig ever for them we think. The highlight had to be when a member of the audience was invited on stage to play along with the cowbell. His solo was mind-blowing! We laughed until the wee hours. Even after enduring an encore of Don McClean's American Pie. 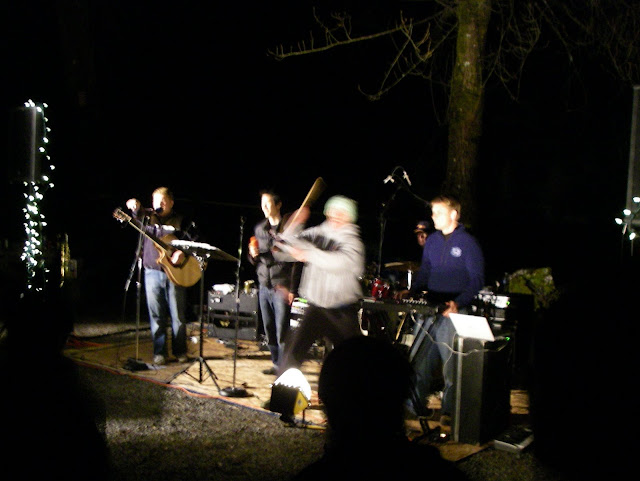 The next morning we awoke to sunny skies! And after a sluggish start, a bunch of us were off to the Chilliwack Canyon again, while those with creek boats and cajones went to Norish Creek. This time our Canyon run was with Pete, who I met last year on the Chilko River trip. The water had come up a little more for this time down the Canyon, but not enough for Pete to make this boof: 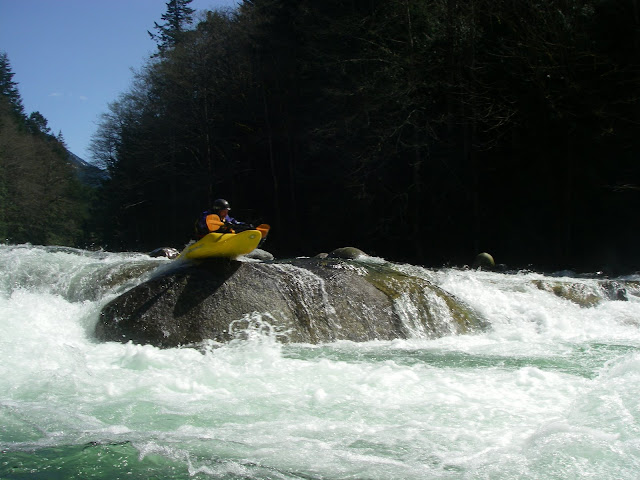 On one of the last drops in the Canyon, Luke busted his paddle on a shallow rapid --- very unfortunate. Luckily, another boater offered his, then he proceeded to C-1 with Luke's broken paddle all the way to the take-out. Pretty nice guy! After, Chris and I did another quick run through Tamihi, before we headed off back north. Great weekend! And well done VKC for an awesome paddlefest. Thanks especially to all the volunteers. We'll be back next year, or maybe later this season when the water's higher. 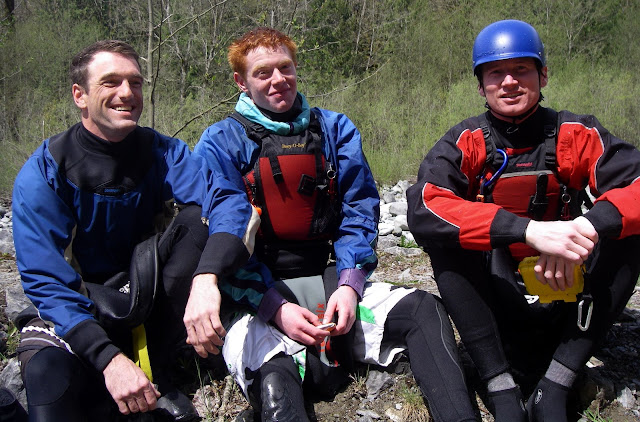 Hey Matt. Nice blog. Looks like you've embraced the paddling culture. Let me know the next time you are in Nelson and we'll go paddling. Munby is in Nelson again too.