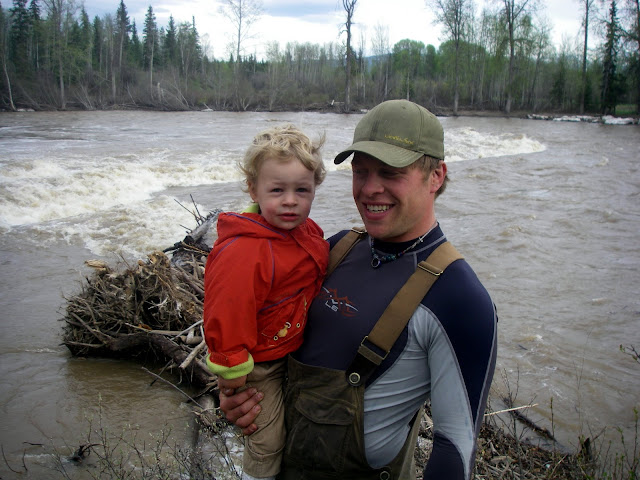 For the last two years, kayakers from around the north have met up in Smithers for Boon Fest. The festival is named after Finlay Boon John, Sam and Timm's little boy (pictured above with his dad) who celebrates his birthday on the same weekend in May. This year, Deanna, Luke, Kim, Chris and myself from Prince George made the trip.

The spring thaw has been slow in BC, and with an above average snowpack and the recent very warm weather forecast, river levels were expected to be on the way up. We arrived on Friday night to find just that --- Tatlow Falls, one of the great park n' play spots in the north, was raging and the Bulkley River was nearly bank full. That evening we watched the rising water until the early morning.

The next day, the sun was shining and it was super nice. For those that haven't been, Tatlow Falls is a gorgeous spot, with great views of the Babine and Telkwa Mountains, as well as Hudson Bay Mountain. 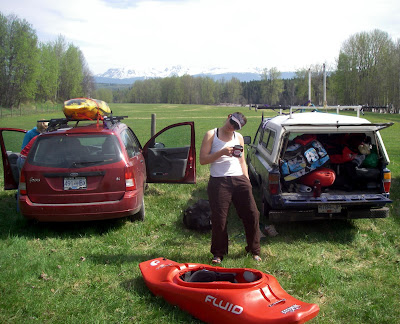 Later in the AM, a few of us got out on Tatlow to surf. Click on the smaller images below for a larger view and check out the mess to the left of the surfers - one of the worst holes in the northwest. 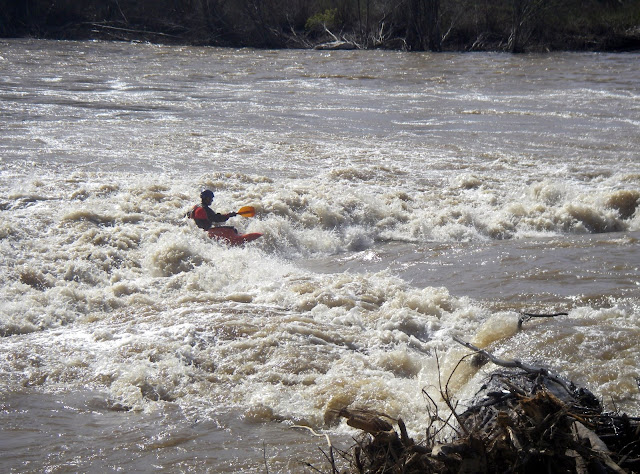 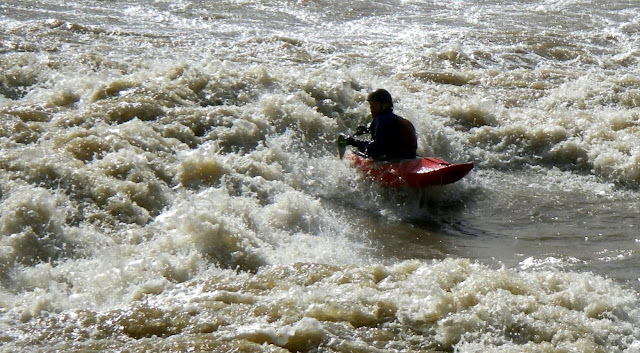 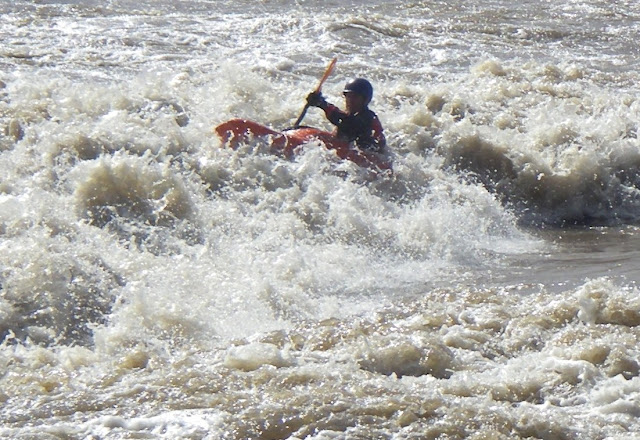 We didn't last long however --- water levels were rising making the eddy increasingly difficult to catch and the wave stickier. More and more wood was coming down the river as well, so we took off to do the Telkwa River --- a fast and fun boulder garden run that was also running very high. Afterwards, some went to surf the infamous Mo-Town wave below Moricetown Canyon. Later back at Tatlow, Sam dished up Boon's birthday cake, while Timm gave out some great prizes courtesy of Aquabatics and WRSI. The evening was spent around the bonfire chatting and watching a few of the latest kayak vids on a big outdoor projection screen - a nice touch. 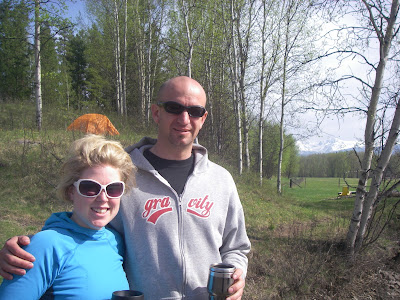 On Sunday morning the sun was blazing again and the water levels were up higher still. After it was collectively decided not to do the Suskwa River on account of the flood levels and wood, Sean and Dave left to do the Kitseguecla River, while others either hit the Telkwa again or went on a pleasant Bulkley float-a-thon back to Tatlow. The plan was to hit Mo-Town wave again afterwards, but we were foiled as the wave had flushed out -- eegads!! So Luke and I headed-off to do the Telkwa, which by this point was in the trees and almost above the road. Actually some pretty great one-time surfs, and several supringly large wave trains. Check the grafiti on the left and the best new playboater in the northwest on the right. 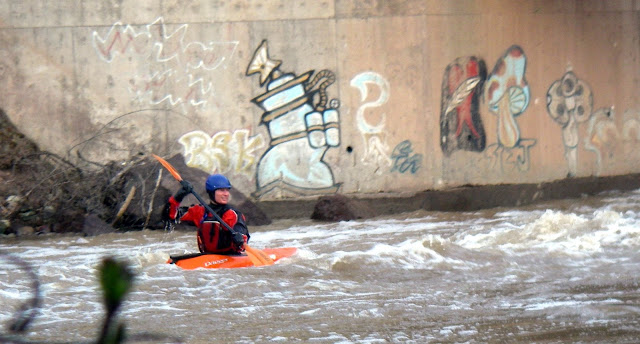 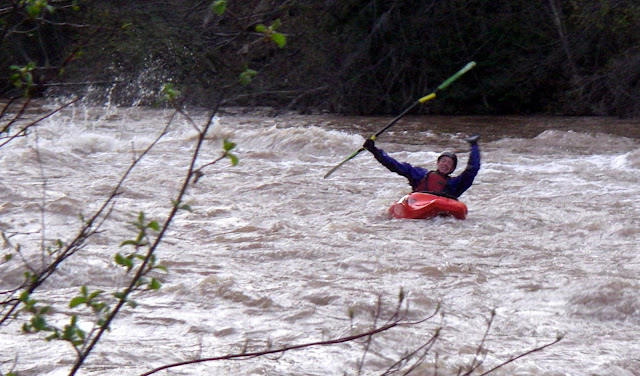 The next morning after many failed attempts to catch the eddy and get on the wave, Sean officially declared that Tatlow was too high. Not sure what the level was, but entire trees up to 60 feet long were coming down. Anyway, thanks to everyone that chipped in to make this festival work, especially Timm and Sam, Dylan, Sean for garbage duty, Deanna for driving, and everyone who made it out. Good times! 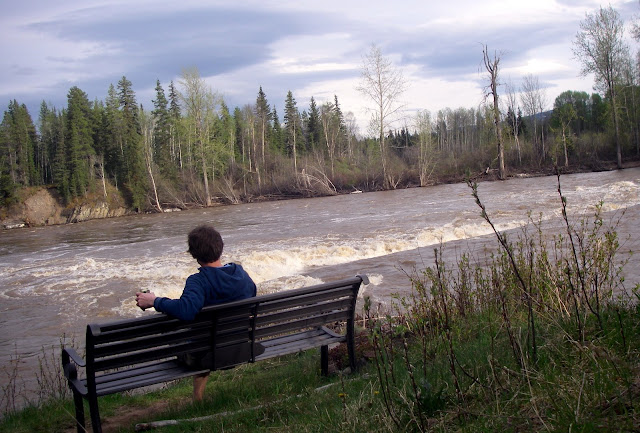