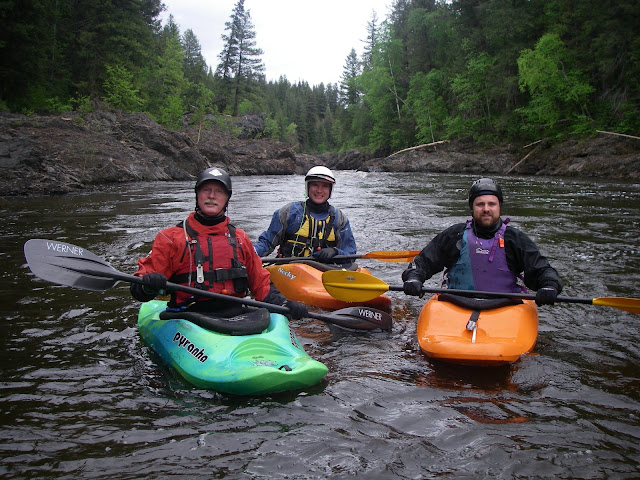 Last Saturday, Al, Kelly from Williams Lake, Trevor, and myself ran the Blackwater River, about 80 km southwest of Prince George. The Blackwater is located near the historic Carrier-Sekani Grease Trail, which Alexander Mackenzie used as an inland route to find the west coast of Canada 215 years ago. The River has been proclaimed a BC Heritage River.


In summer levels, the Blackwater is reknowned amongst experienced whitewater canoeiests for river tripping. In the high waters of late-spring, it's an amazing intermediate whitewater kayak run. The stretch we did starts where the Blackwater Road crosses the river, and goes until just before the Fraser River confluence --- 28 km long. 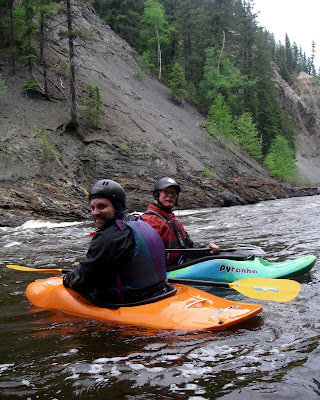 As with most rivers, the biggest hazard is wood. This years floodwaters brought in heaps of new logs, most of which we encountered in the first few kilometers. Levels were still very high as the picture below taken from the put-in bridge shows: 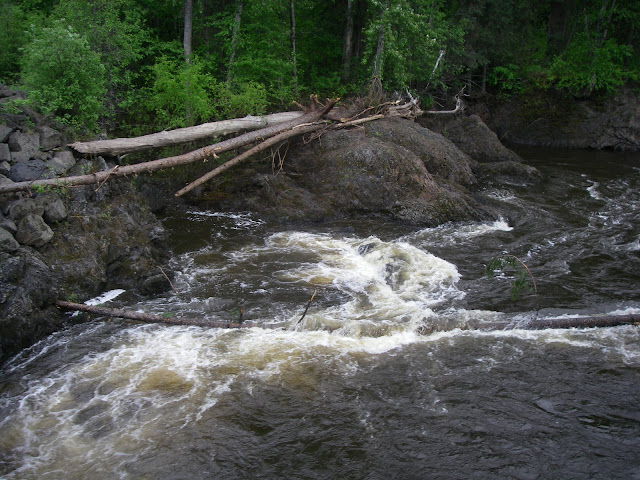 Scouting in the canyon was manageable, with decent eddies throughout. Below is Al Leighton eddying out after portaging a log-choked rapid about 2 km below the put-in: 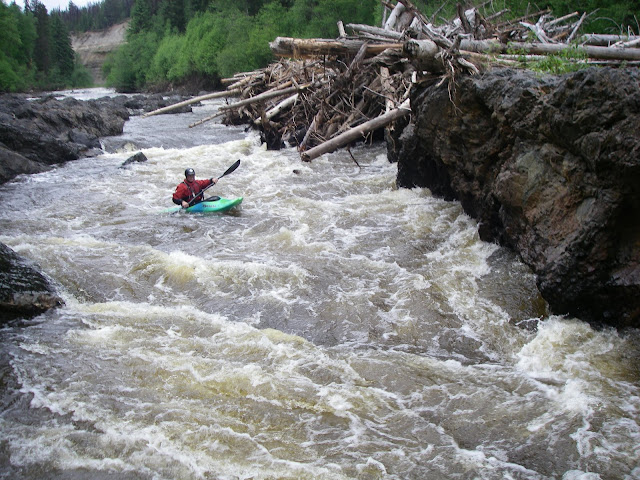 Picture below is our lunch spot --- a rock in the middle of the river to avoid the fierce mosquitos. Note the log just above water level in the background. 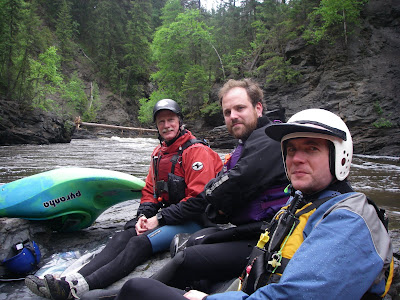 The character of the river is continuous pool-drop grade II-II+ rapids, with a number of grade III rapids throughout. 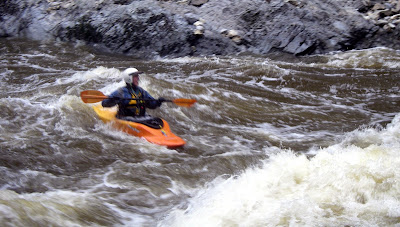 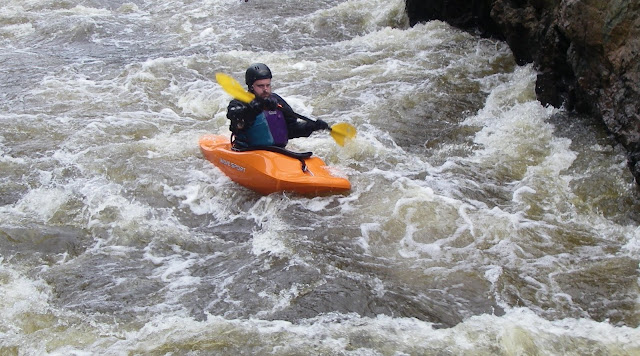 There is also one flatwater stretch before the final canyon. However, with the high flows and nice scenery, it went by quickly. Parts of the canyon are over 200 meters deep, as seen below: 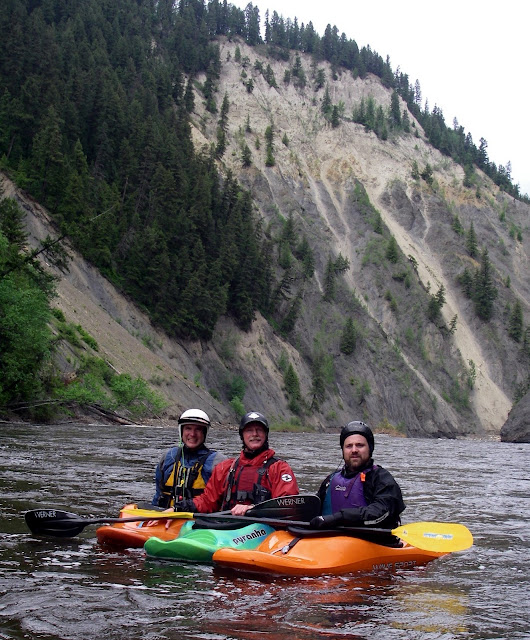 The final canyon is the most impressive, and also has the most challenging whitewater. We hiked up on river left to scout this one, which was a bit of a bush-whack but a good call nonetheless. There was one river wide log at water level about half way through. Here's a couple shots below of T-Star looking sharp for the birdie: 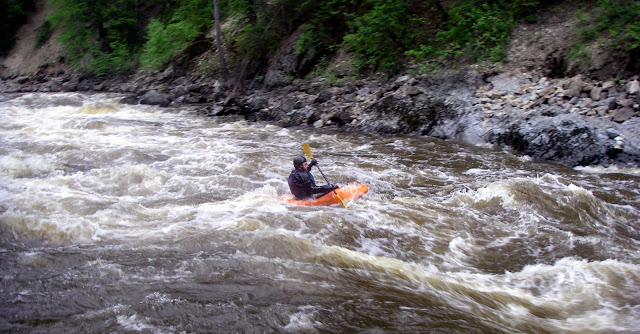 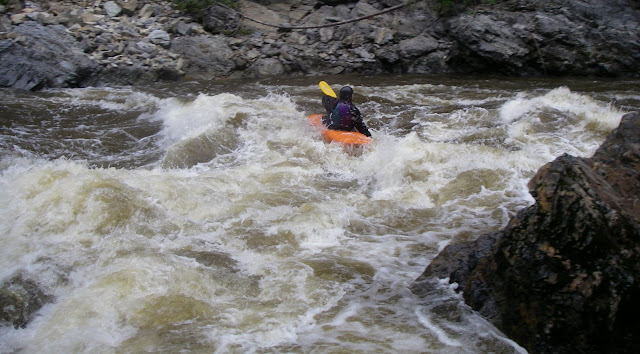 Note on the take-out: modern short kayaks and high levels on the Fraser River basically make getting to the normal take out as written in our guidebook impossible. A couple years ago, we found a new take-out trail that is now the preferred alternative. From ~ 16.5 km on the Tako Road, head south on the Tako "F" Road, staying on the main "F" road. This year they've fixed the road, and now there's only one short section about 200 m from where you park that requires 4 x 4. The trail head at the parking spot has old signs, and leads all the way down to the Blackwater ~ 500 m upstream of the Fraser River. To recognize this while on the Blackwater, look for a bunch of pink ribbon on river left about 1 km past the final rapid, about ~ 500 m past a cable-trolley carriage that crosses the river. Follow the quad trail from the river to the parking spot --- a solid 30 minute hike uphill.
Posted by Matt at 2:07 PM