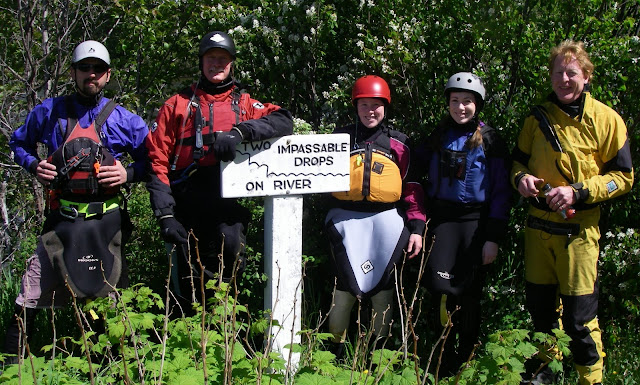 Last Sunday, a gaggle of paddlers descended on the beautiful Stellako River. Located about 2 hours west of PG just off highway 16, the Stellako flows from Francois Lake to Fraser Lake.

Considered by many to be a world class fishing river, the Stellako is well known amongst anglers --- particularly for it's sockeye run in the fall. In the high waters of late spring, it's also a fun novice whitewater run. All of the rapids are straight forward grade II, with an optional "waterfall" section (grade III/IV) that can be easily portaged. Check our guidebook for more specific information. My favourite part of this river has to be the scenery - it's in a deep and gorgeous canyon as seen below. 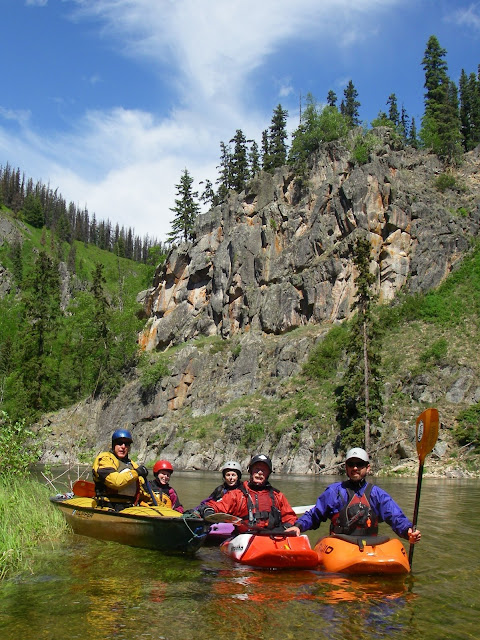 From the put-in on our descent, Deanna and Cynthia were practicing their rolls and eddy turns the whole way down, and looked very solid through the rapids. After reaching the "waterfall" section, we all got out for a scout. Here, the river splits into two channels and drops over a number of ledges. The left channel is where the biggest drop is (grade IV), while the right channel is easier (grade III). Here's the boys scouting the bigger one. 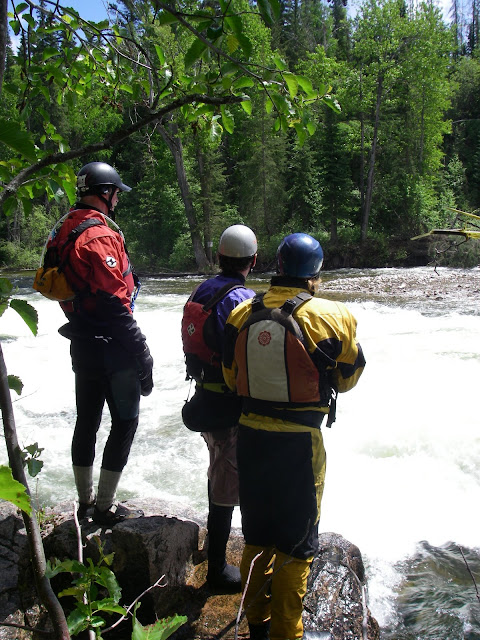 Having seen the falls several times before in lower water from a canoe, I was convinced I was going to run it as I recall it looked reasonably straight forward. However my plan changed rather quickly when I got a look --- not so tidy looking in high water. Instead I cheered Ian on while he made it look easy (below). 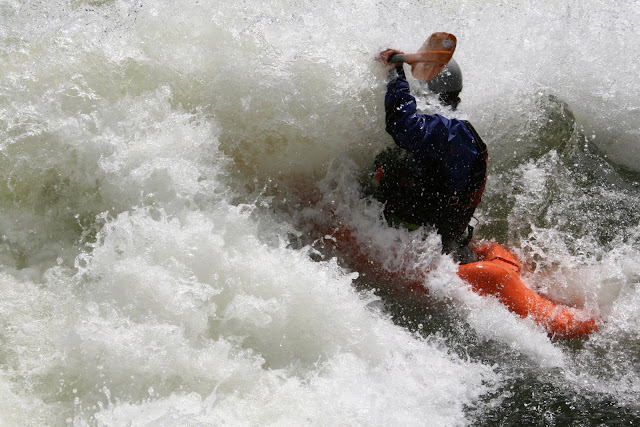 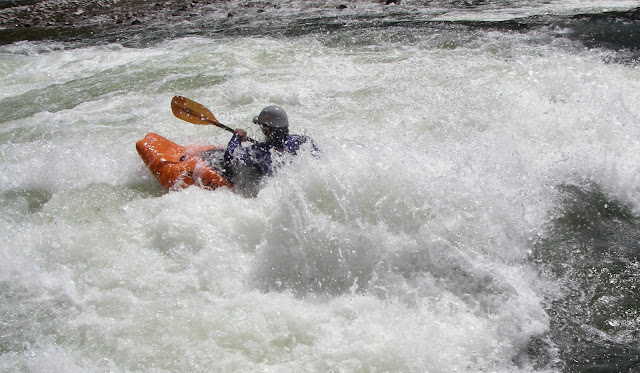 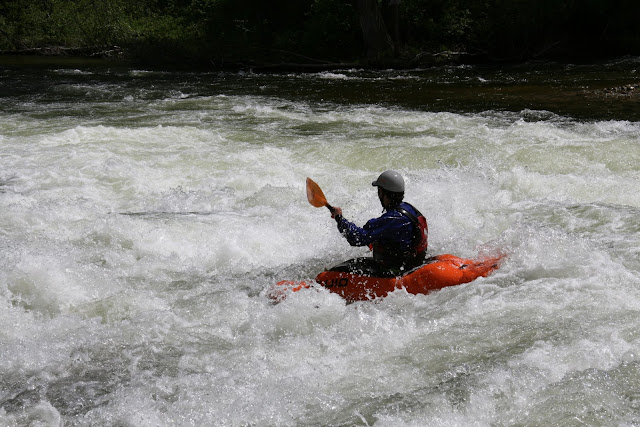 Watching Ian gave Al enough courage to decide to run it himself. Things were looking great after he punched the first hole, as seen below: 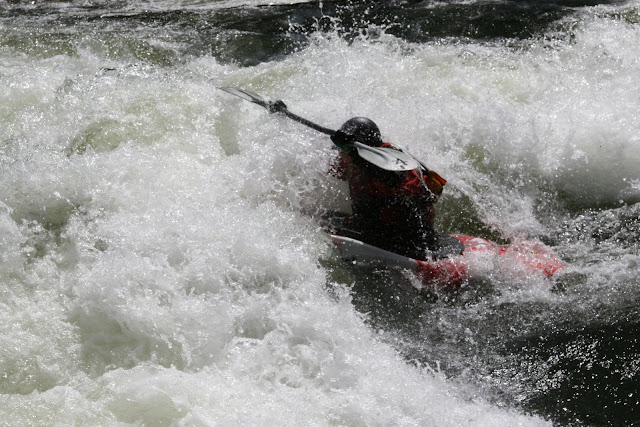 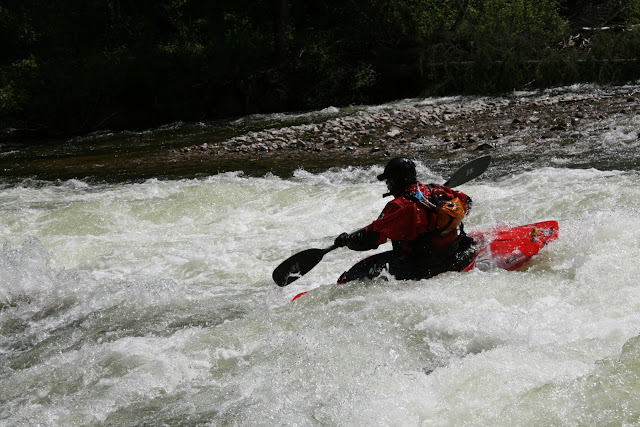 Shortly after, things didn't go so well for Al when he broached the shallow rocks in the middle of the rapid. After being stuck, he flipped and rolled up with a broken paddle blade, and then proceeded to go directly into the pourover where he executed a near perfect backender-flip-hole-pounding-flush roll, as seen in the sequence below (look for the broken paddle): 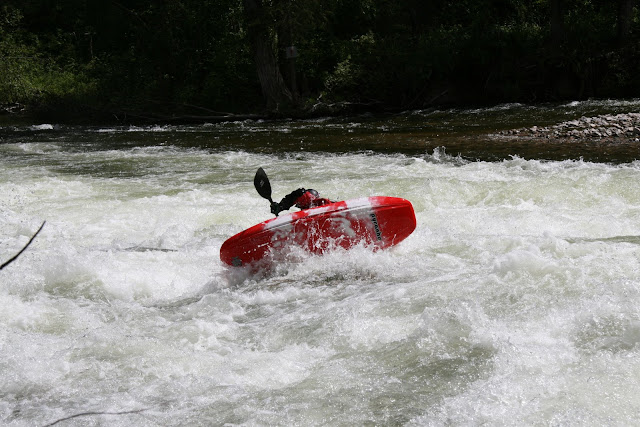 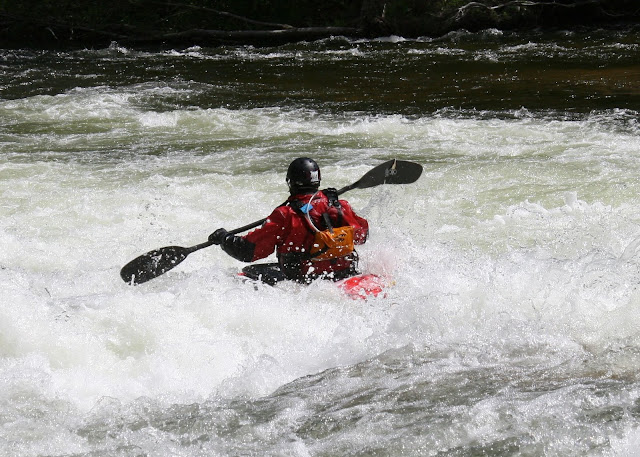 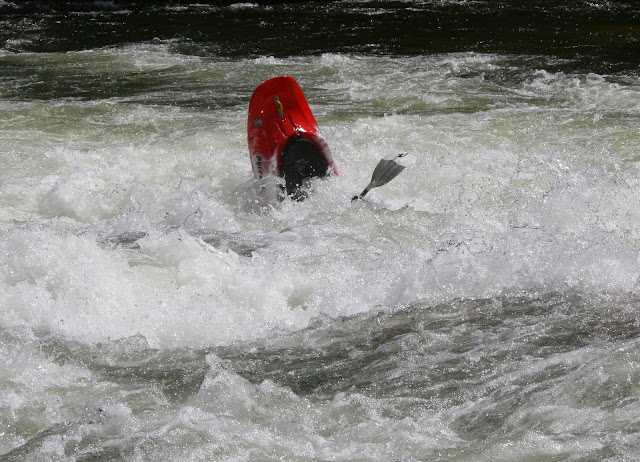 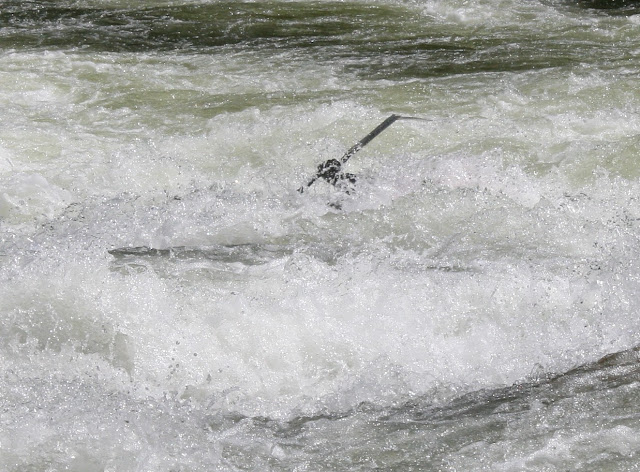 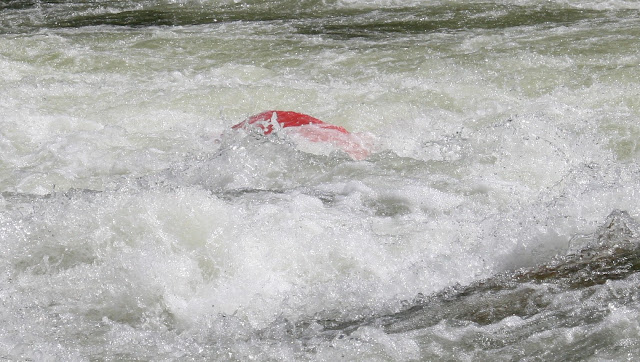 Startling! But he flushed out and rolled up. Nice work All!! Needless to say I took the chicken line through the river right channel.
After the Stellako, we decided to stop and check out the nearby Nautley River for surf. Levels were very high here as well, and the waves looked great, so we gave er' a whirl. 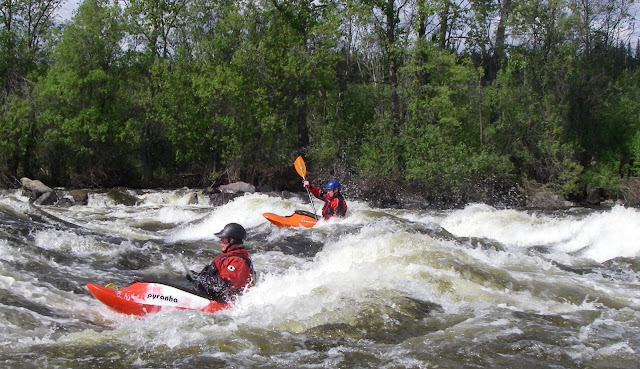 Unfortunately, their was no eddy service and the challenge was slowing down enough to catch the waves. Once I figured it out, I thought it was pretty fun despite the walk back up. 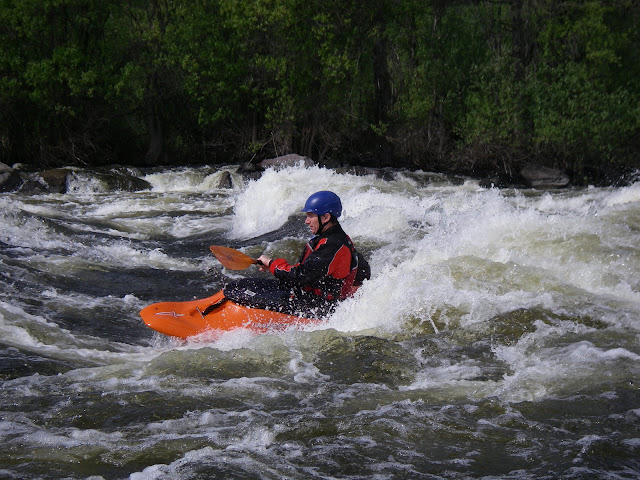 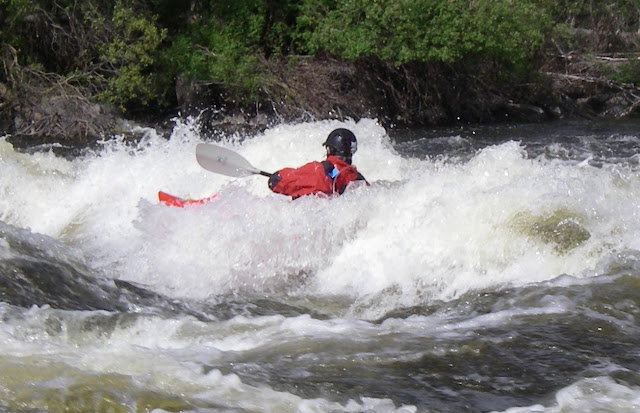 That's all from Fort Fraser and beyond. Great trip, and thanks again to Deanna and Lyle for driving, Cynthia for keeping us well fed, Ian for the inspiration, and Al for the comic relief. Stay tuned for the next adventure!! 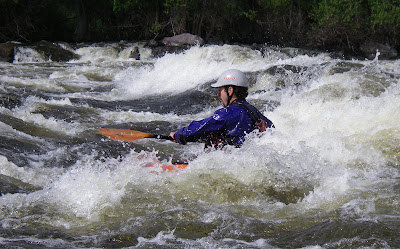