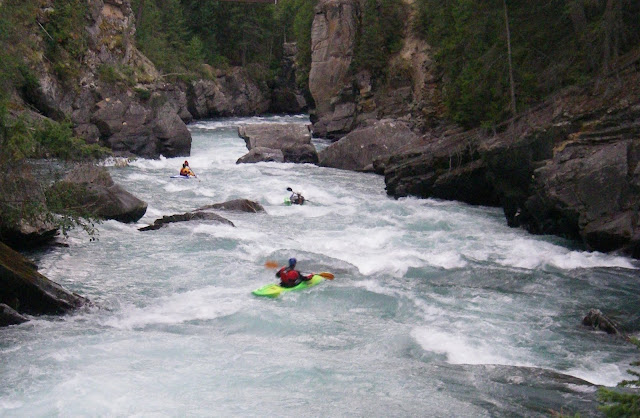 Every September long weekend, a bunch of boaters get together on the Upper Fraser River in Mount Robson Provincial Park. The event has become known as Mini Fraserfest. This is contrast to Kayakwest's Fraserfest which is an experts only event during June or early July's high water (from Kayak Jasper for the 2009 festival: Fraserfest is Western Canada's best scare-a-thon. Last year we rafted Rearguard Falls in pitch black. Better show up this year to see what we have planned. Oh, and the kayaking is incredible as well. Don't forget your roll and maybe practice holding your breath. See you there). Peak waterflow in late June this year was about 200 cms. The Upper Section at this level is class V+ according to Sean and Spence.

Later in the summer, the Upper Fraser is at a more manageable water level, so Mini Fraserfest is good for those wanting to experience the river at a mellower pace. Levels this year were at 50 cms. I had done the Upper Fraser last year, but skipped out on the Upper Fraser Canyon, so I was looking forward to running this section as well as running some other rivers in the area.

A few of us made the trip out from Prince George and Quesnel, and on Saturday, we met Stu and Amy from Fernie, Brian Joubert from Edmonton, and some peeps from the Mistaya Paddling Club for the hook up. We decided to do the Canoe River, 30 minutes away in Valemount. This is a fun low volume run that comes out of the Cariboo Mountains. The top half is continuous boulder gardens (class III) similar to the Dore River near McBride, and the bottom half is more pool-drop (class III+). Below are a couple pix from our run. 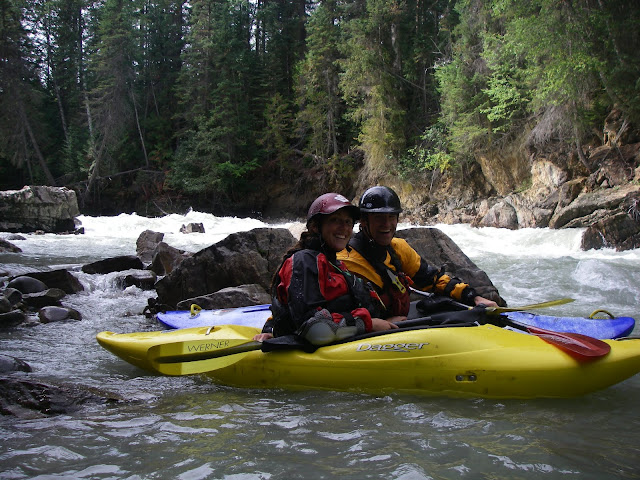 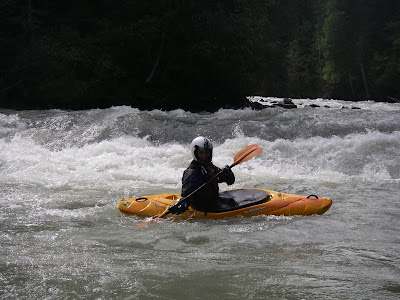 After returning to Robson Meadows Campground, Stu, Brian and I decided to run the Canyon section on the Upper Fraser. This section starts below Overlander Falls and continues to a bridge crossing the river on the campground road. The action starts quickly with Carom Shot (III+), then a few techinical-twisty drops before flattening out for a bit. When the canyon starts up again, things really get fast and pushy with some wave trains and holes before the Terminator (IV), a large drop into a deep hole. The line at this level is to go right into the meat. Hold on! Going through upright was difficult, as well as managing the river-left eddy. Here's a couple of pix from our first run down. 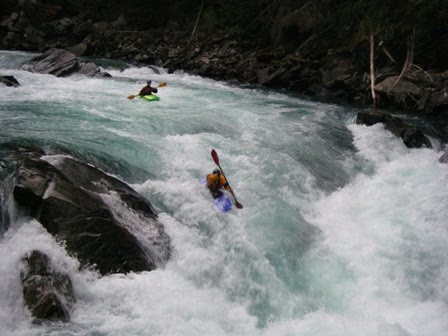 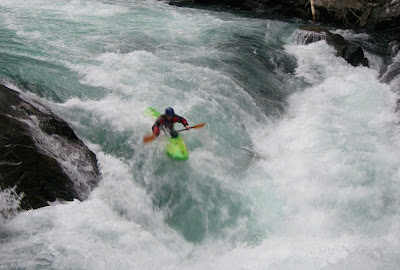 Sunday, Kelly, Richard and I did two full runs on the Upper and Canyon sections. A long day, but such amazingly fun, continuous whitewater. All of the named rapids on the Upper (class III-III+ at this level) are unique, and fairly continous grade II-III rapids between them. The scenery is spectacular as well, with Mount Robson and the Rocky Mountains looming above us. Here's a couple pix near the Toilet Bowl on the Upper Section. 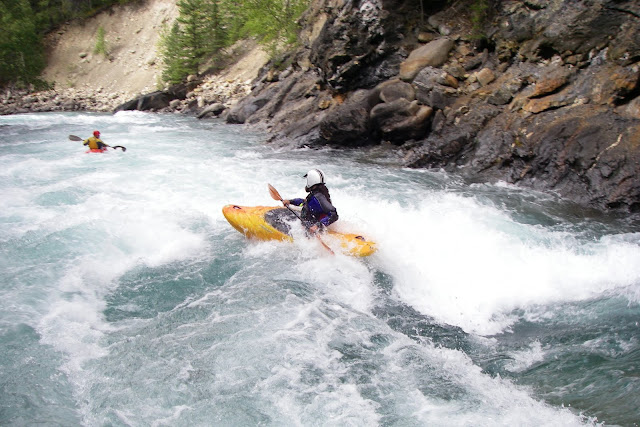 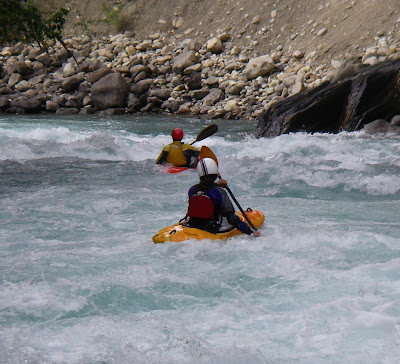 The last time through Terminator, Richard and I finally made it through upright. Definitely some good hoots and hollers through the last rapids! What is much more impressive however, is the fact that some river-boarder from Calgary apparently did the entire run from top to bottom, including Terminator AND Overlander Falls. Think about going face-first off Overlander with nothing but a two inches of foam between you and the water. Cojones grandes!

Thanks to everyone that helped organize this event, especially Sara Jordan from Calgary. For more info on the Upper Fraser, check out my trip report from last year here: Upper Fraser.
Posted by Matt at 9:18 AM