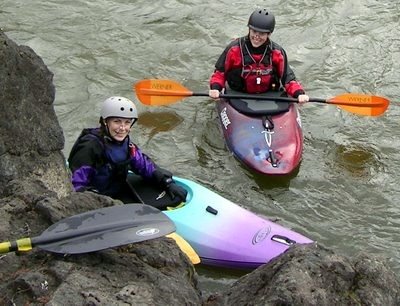 The Isle Pierre Rapids located on the Nechako River is an excellent place to learn some basic whitewater skills. Located just 40 minutes out of Prince George, it's a favorite run among beginners and novices and is a great introduction to big water. The Nechako River drains a significant portion of the central interior of British Columbia. By the time it reaches Isle Pierre, it has a lot of volume which gives it some push in the rapids, formed around several large rocky islands.