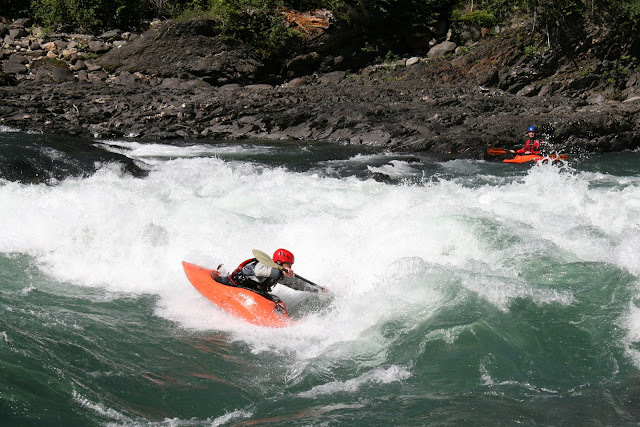 Last weekend a few of us did a road trip down to Likely to run the Upper Quensel and Cariboo Rivers. Having done a number of summer paddling trips to Likely since I started kayaking over 3 years ago, I can say that without question, it is one of my favorite places to boat in western Canada. Hot weather, warm rivers, and primo whitewater!! 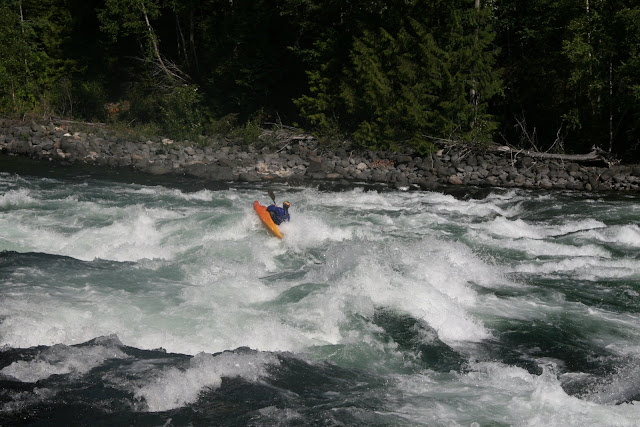 Sean and Laura made the trip out from Smithers, and Ian and I drove down from Prince George. For mid-August, levels were still pretty high (~6 on the Cariboo, and 0 on the bridge gauge for the Quesnel), and the temperatures were in the low 30s. Lots of play scattered play throughout both runs and quality big water rapids. 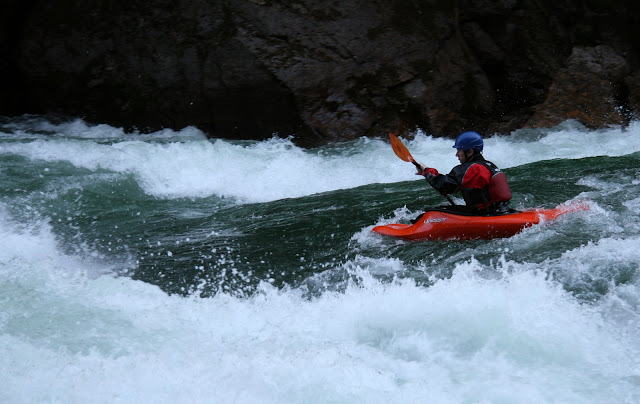 On Saturday night we all went to the McConkey's new place up Quesnel Lake for a BBQ. Hardy and Gretchen were there as well with there lil' jibber Louise. Sunday, Trevor even managed to make it out for a surf session at the put-in wave. I'm not gonna flap about the rapids much here though. Instead, I made a video of all the named rapids on the Upper Quesnel which you can check out here:

Also, Ian took some great pix from the weekend and I've posted them on our picassa site.

Be sure not to miss the UnLikely Paddlefest held in later September, and sponsored by Adrenalin Mountain. This year's gonna be awesome, with Mamaguroove rocking the Likely Hilton on Saturday night. See you on the river!
Posted by Matt at 8:32 AM