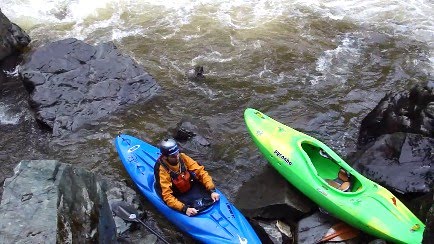 Like much of the interior of British Columbia, the Prince George area did not get a lot of snow this winter. As such, some of our local rivers like the Bowron and Willow haven't peaked as they have in previous years. Unless we get rain in the bilibical sense of the word, Wayne's World on the Bowron River - one of the best playwaves in the north - won't even come in this year. So while last Spring's challenge close to home was running the Lower Willow Canyon at epic high water and surfing Wayne's World, this year we've had to look elsewhere... 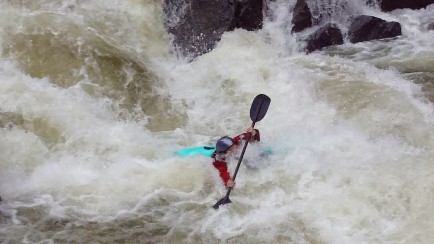 Enter the Lower Lower Willow --- probably the most technical piece of runnable whitewater closest to Prince George. While this may not be saying much at moderate water levels, the drops and boulder gardens starting below Killer Canyon provide a pretty good test piece for intermediate paddlers. Moderate water levels for this run are around the time when the playboating upstream of the highway bridge starts to drop off. 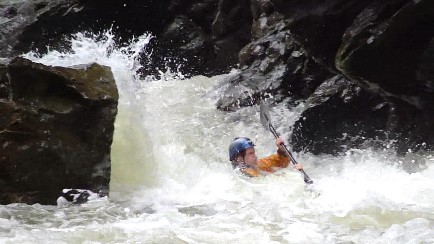 This spring a small group of us have been getting out on the Double L-Dub at higher levels. In this narrow canyon, even a slight increase in volume has a dramatic effect on the river making for more challenging rapids. Most of the calm pools between the drops disappear and the mid-stream rocks become large holes or waves. It's quite pushy and continuous but there are still good eddies to recover and scout from. While this is a short run, to me it is without question the most exhilarating stretch of whitewater near town. And once you include the 10 minute downclimb into the canyon and the 20 minute uphill hike from the take-out, you have the complete PG paddler advanced workout. Consider the mosquitoes a bonus. 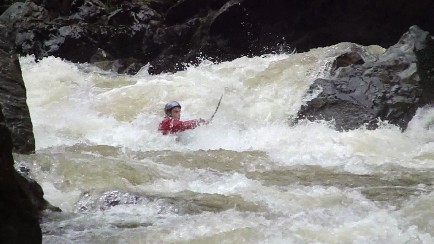 From the cliff gauge by the highway bridge, moderate levels for the Lower Lower Willow are between -4 and -2, with whitewater up to grade III+. If you haven't already seen it, here's a video from last summer of the run at moderate levels: VIDEO.

When the level nears -1 as it is in all of the pictures included in this post, it becomes grade IV. I've never done this run much higher than this but others have. Although there are large holes in some of the drops at high flows, the main hazard to be aware of in this section of river is wood as there are numerous places for logs to get hung up. Scouting is critical.

Due to a relatively cool wet May, water levels have kept fairly steady on the Willow. Hopefully this will last and we'll have good paddling through June as well. If you haven't seen it already, here's the spring video for 2010 from many of the trips we've done including the Lower Lower and others. Enjoy! VIDEO

Stay tuned for the Prince George Paddle Party on June 26-27th, held out at the confluence of the Morkill and Fraser Rivers. A beautiful place in the mountains with fun people and awesome whitewater for all levels of boaters. Click here for more info: PG Paddle Party. Below is a pic of the 30 m Morkill Falls. 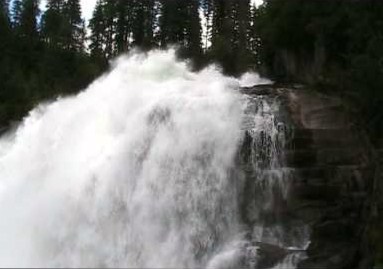