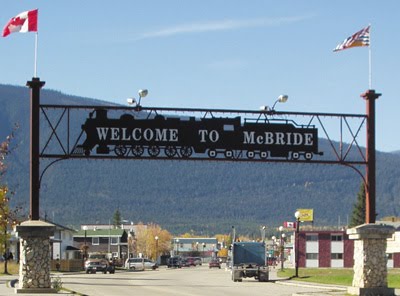 On June 10th of 2010, Mike, Ian and I went east to check out a couple creeks in McBride, the McKale and Castle. So far as we know these runs haven’t been done in years. Both are written up in Stuart Smith’s Rockies Whitewater Guidebook and appear in the Cariboo edition of the Backroads BC Mapbook.


McKale Creek is located off Mountain View Road on the north side of the Fraser River. The take-out is at the first bridge across the creek and the put-in is 6 kms up McKale River Road. At the start of this road, there is an access gate which apparently remains open throughout summer when the road dries out. This run is easy to scout because the road parallels the creek the entire way. For the short stretch below the put-in and the bottom section between the first and second bridges, the run is similar to the Dore River with shallow class II-III boulder gardens. Beginning about 1 km below the put-in is a very long steep section with continuous, non-stop class III-IV rapids that goes all the way until the second bridge. This steep section has very few eddies and one class IV+ or V drop towards the end. As far as wood goes, during our scout we only found one log jam on the run, located in the bottom section. There were several logs sticking out here and there but nothing that wasn’t navigable. Overall, other than the big drop and the one log jam, all of the rapids were reasonable and the level was on the low side. However after all that scouting we decided against running it on this day. This is a stout stretch of whitewater worthy to return to though, so maybe later this season when I have a few more creeking days under me.


Castle Creek is on the south side of the Fraser, up Eddy Road and then up Castle FSR. We did the lower section closest to the Fraser. In the guidebook the sections above this sound a little mellower. The put-in for the lower is located where a bridge used to cross the creek at about 8 km on the Castle FSR, but has since been removed. We used a new take-out not in any guidebook, from a newly built road heading out from a gravel pit 1.6 kms along the Castle FSR. This road crosses the creek and using it cuts out a lot of the flatwater from the traditional take-out on the Fraser River. The run starts out with about 2 kms of fun class III boulder gardens, with good eddies throughout. Some of this you can scout from the road. Following this, there was a long stretch of mostly flatwater until things picked up again and go into a long canyon. The canyon has three drops, all class III+ maybe the first one a bit harder. The two pictures below is the first drop. 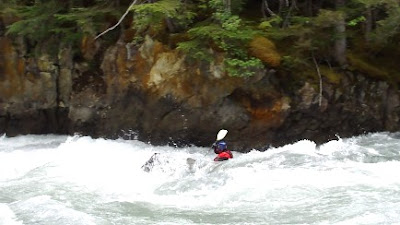 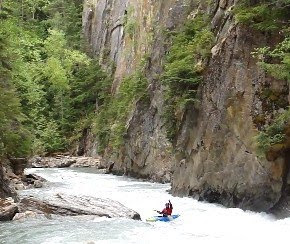 The next picture is the second drop, followed by two pix of the third and final drop. 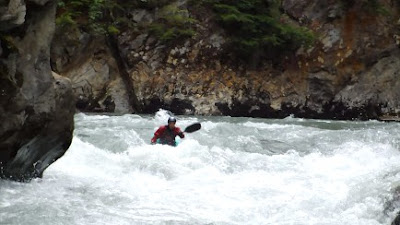 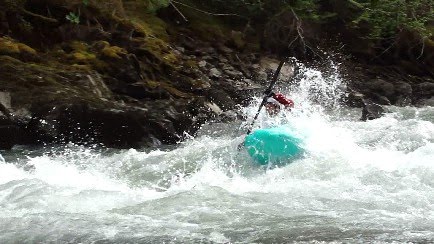 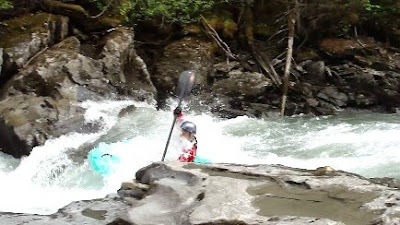 Unlike the McKale, you can't scout most of Castle Creek from the road. It would be a pretty heinous hike straight uphill through BC hell-bush if you decided not to run the canyon. Not far after the canyon ends though after a few mellower rapids is the take-out bridge.There was no bad wood for our entire run, and the bike shuttle only took about 30 minutes. The level was probably medium-low. Even if you’re not into paddling the Castle, I would recommend taking a trip up there soon to check out the spectacular mountain scenery. Apparently part of the Castle FSR will be deactivated sometime later this summer.
Posted by Matt at 8:34 PM

This means that they wanted to focus on modern customers. With replica watches and other more useful weather and environmental status indicating technology, it is a rare case indeed that someone relies upon a mechanical timepiece to be aware of the phases of the moon, let alone have any reason whatsoever to actually need to know this information. We see it a lot in the more niche replica watches sale of luxury timepieces that hublot replica themselves on emotionally driven aesthetics. Moonphase will be in the market, I think most can agree that the watch is very attractive. Rolex is clearly testing the waters to see how a replica watches made passion driven classic dress watch will do. I always loved the sky dweller from when it was first released. This is an awesome update and they have rolex replica sale at an amazing price point.