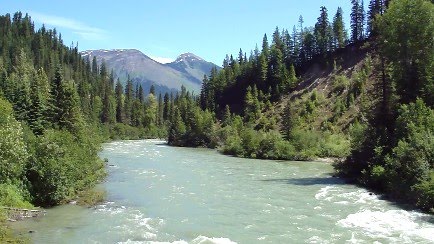 Last weekend the NWBPC held its annual paddle party in Loos, BC. Located in the Robson Valley 200 km east of Prince George, Loos is a small community surrounded by mountains and some amazing rivers. Once again, this year’s event was at Wayne and Carol’s place. It has it all with lots of space for camping, a nice barbeque and fire, good sleeping in their cabin, and stunning views of the area. We had a solid turnout this year with people from Smithers, Burns Lake, Vanderhoof, and Prince George. On Saturday morning, there was a group of tandem canoeists and lots of kayakers keen to get on the river. The canoeists headed off to the bottom section of the Morkill (class I) while the kayakers headed further up to the Lower Morkill (class II+). With summer melt well underway, river levels were considered to be high which is normal for this time of year. 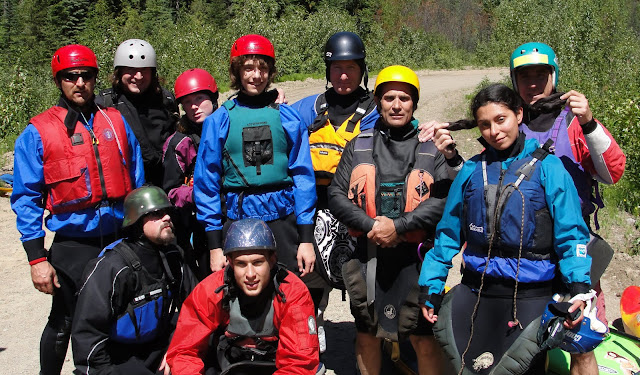 As you can see from the picture above, we had a fair sized group for our kayak run. The Lower Morkill starts from the first bridge across the Morkill and continues 11 km to the take-out located at a rock quarry where the river nears the road. This run is a hoot with lots of fun rapids throughout, calm sections to enjoy the goreous scenery, and some great playspots. There were a few beginner boaters on our trip and considering the challenges they faced, they did amazingly well. Here’s a shot of Mike and Rick Brine, with Deanna in the background. 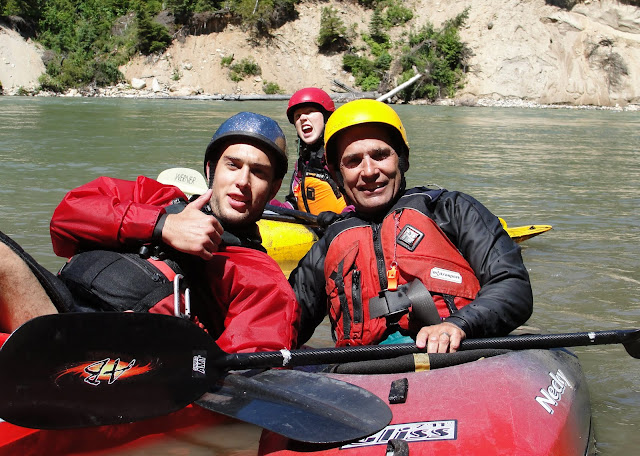 After our run, we headed up to check out the big Morkill River waterfall. This is a spectacular part of the river where the entire Morkill plunges 30 m into a beautiful canyon below. Truly a sight to behold. We hung out here for awhile, took in the view and a few pictures. 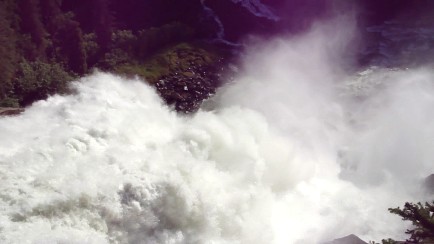 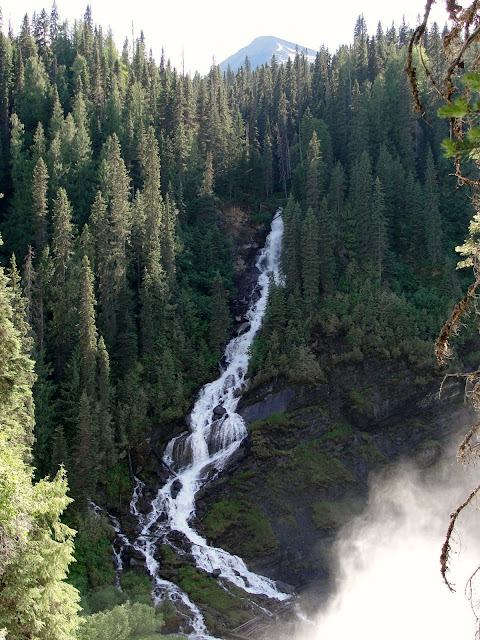 Having heard that years ago a group of Prince George kayakers successfully ran the canyon below the big falls, a couple of us were pretty curious about checking it out this year. According to the reports of the run, it was a technical class III-IVish run with a 10 foot waterfall near the end. Mike and I were keen so after a quick hike down into the gorge to have a look at the entrance rapids, we decided it was good to go. As it turns out, the hike down was one of the most strenuous parts of the run. There was no trail, steep cliffs and drop-offs, and some seriously thick devil’s club. Maybe one day we’ll cut a trail because the hike was more than worth it. This is an awesome run! Definitely big water and fairly continuous in sections, but good eddies to scout from. At our high water levels I would grade this as class III+ and similar in character to the Upper Fraser River above Overlander Falls. There were very large waves, some powerful diagonals, and a few holes and pour-overs. 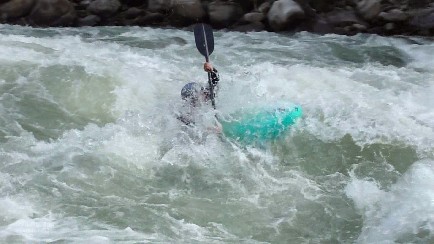 Above is picture of Mike in the middle of the goodness. After 2.5 kilometres of this, things mellow to class II for awhile before the waterfall shown below. The waterfall is located just below the confluence of Forgetmenot Creek. The mist and roar of the falls was easily noticeable well above the horizon line. It would be possible to run this 10 footer cleanly, but as their were only the two of us we thought it was best to walk. I have heard it has been run once in lower water during the first descent. Here's a pic of the falls: 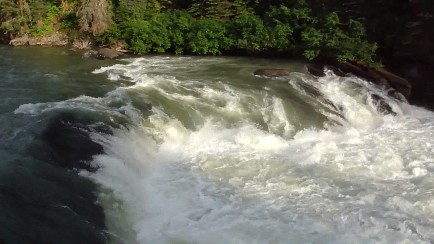 After escaping a mama bear and cub at the take-out bridge, we got back to Wayne and Carol’s where the barbeque was already in full-swing. A fun night around the fire with good food, some bevies, lots of laughs and chit chat. Jason ended up winning the coveted Paddle Party Prize - a NWBPC Guidebook - while Devin was the clear winner of another category. Hooray!! 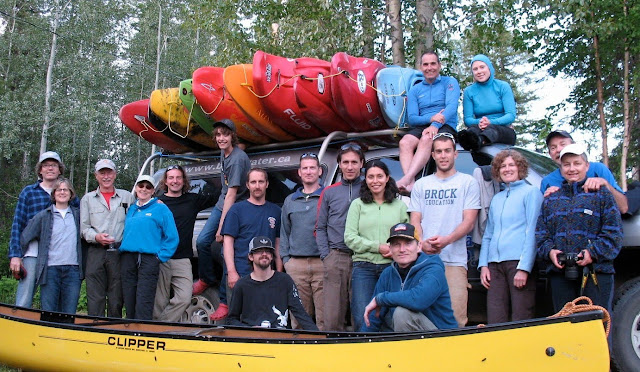 Sunday morning started off with a delicious breakfast cooked up by Wayne and Carol, and then it was off to the Goat River for more paddling. Most of the group did the Lower Goat starting at the highway 16 bridge (class II), while Mike and I did upper section above here (class II-III with a class IV canyon). By all accounts the day went very well for the beginners with everyone making it through in style, especially Rob who busted out a combat roll when it really mattered. Nice one dude! For the Upper Goat, I managed to get some good footage of our run through the canyon, pictured below. 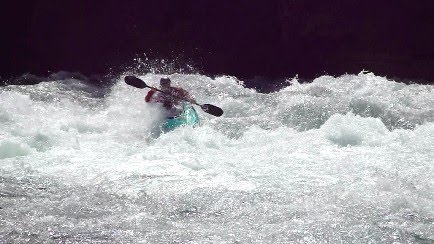 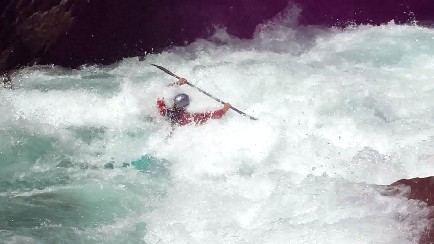 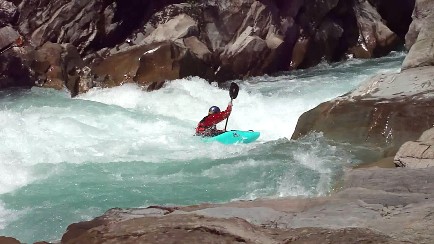 We all made it back to the vehicles at the end of the day before the skies darkened and it poured rain for our drive back home. I put together a video of some of the footage from the rivers we ran this weekend, as well as others I’ve been on during the month of June. Check it out here: JUNE (be sure to click on HD)

Thanks again to everyone who made it out to this year’s paddle party. It was a big success because of y’all, and especially because of Wayne and Carol for providing the awesome venue and all their efforts. Until next year, keep paddling!

This allows for full replica watches of motion, twisting, and torsion without the need for superficial agents such as paints, glues, or bonding. For a very long time in the industry, multi hublot replica straps could only be achieved with lesser acclaimed or sub par materials such as silicone. Some limitations with regards to achieving the full watches store spectrum, and it might never be possible to create as many color tones as can be realized with plastics and silicone. A mother could love. but those replica watches sale dweller moms sure do defend their ugly little dwellers quite ferociously. well, no force in replica watches sale is stronger than mother love, so we might all have to take a step back for our own safety. Rolex at all clearly make rado replica watchess.