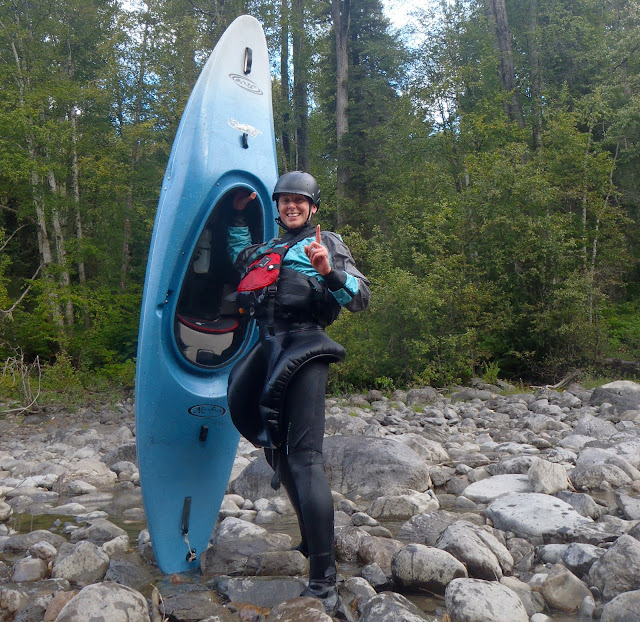 The UnLikely Paddlefest has been hyped up and raved about more than anything else on this blog and among PG paddlers. Why? Because it's a super crazy fun whitewater party that we look forward to all season. According to Mark Savard who's been at every fest but one, last weekend was the event's 20th year, and as Dani indicates above, it was a gooder. 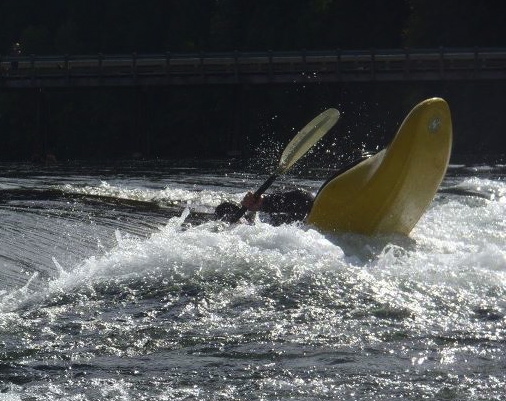 Levels this year on the Quesnel River were the highest they've been for the fest (0.80 m with last year being 0.50 m), on account of the big water year we've had in this part of BC. Decent enough for surfs and spins on the put-in wave as seen above, and also good for some pretty exciting action through the Upper, as seen in Best Drop in the picture below. A couple of our local boaters, Duncan and Fraser, made their first kayak trip down the entire run and did awesome. Nice work gents! 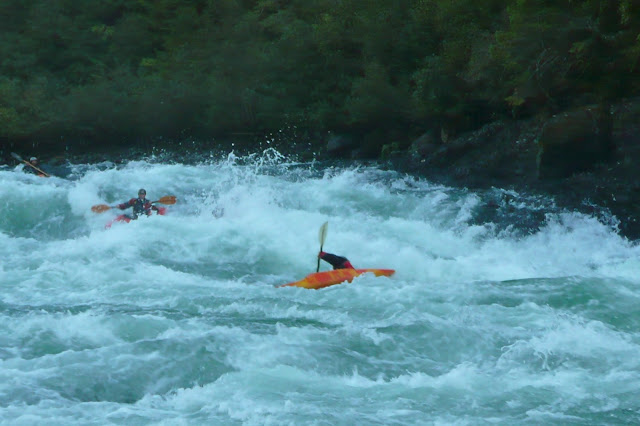 Others came down the Quesnel in more alternative crafts.When Ian first mentioned he was intending on river-boarding the entire run, I didn't really believe him. And then when we saw someone swimming below Pearly Gates, our first thoughts were that a rescue was in order. Turns out it was Norno and his river-board, who made easy work of all the rapids, even the Eyebrow section. Shouldn't be surprised I guess, the nut! 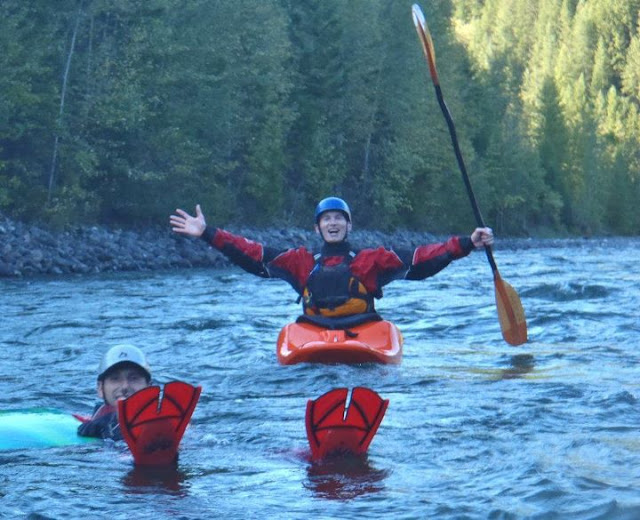 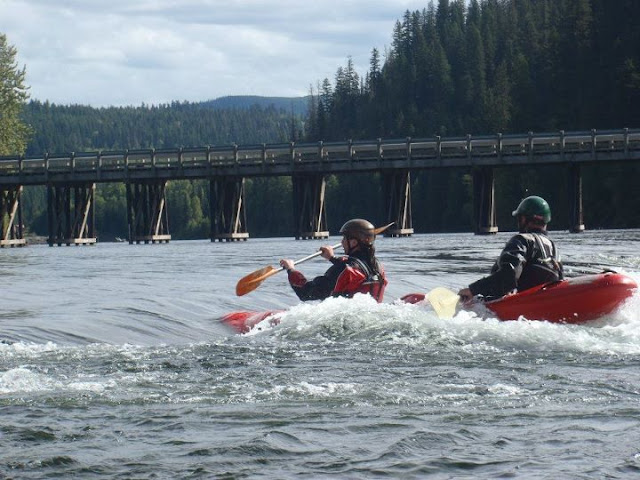 Speaking of nuts, after busting out some decent surfs on the put-in wave, Alene and Tyler pulled off the entire Upper Q in a tandem kayak. Haven't heard how it was through Deepthroat and Notch, but they made it to the Forks so I guess it was all good. Really though, doesn't it seem like the tandem kayak run and Ian's river-board antics belittle the accomplishment of getting down the run in just a kayak? Maybe next time I'll go in some bubble-wrap and an inflatable crocodile or something. Or maybe even a raft cuz there were lots of friendly rafters out on the rivers as well. Indeed... 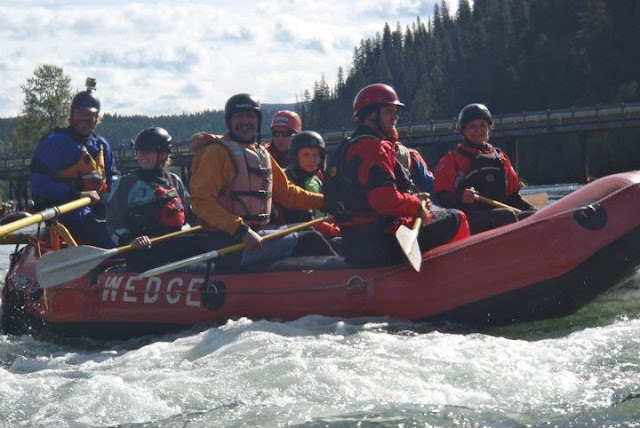 Other than the Upper Quesnel, there were also some great runs down the Cariboo River as well, with local PG kayakers Danielle and Curtis making it down the Lower for their first time in fine form. Great to see the progression and all of us are stoked to see the number of new people getting into the sport around here. 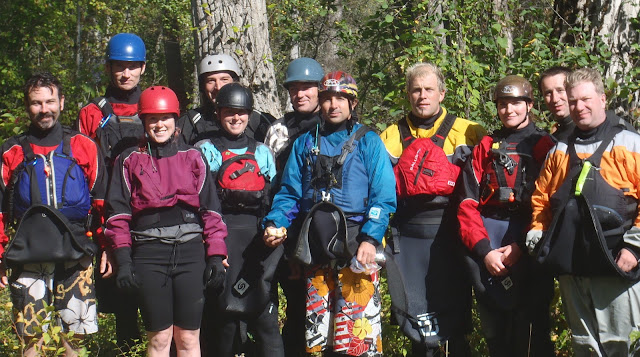 This years party scene was one of the better ones for sure. Friday night was a big ol' ho-down at the pub, with some decent live music and good vibes. As usual most camped out right in the town of Likely within stumbling distance of the Hilton. Saturday night things amped up even more with Foam Mesh Press from PG playing to a full house, with loads of cheering and dancing revellers going off till the wee hours. Woot! Sunday AM most of us awoke a little fuzzy, but there was a tasty pancake breakfast in town to ease us into the day, with proceeds going to the Likely Community. Well done!


Huge thanks to everyone that helped put on this fantastic event, including the people of Likely, the Likely Hilton, Mark Savard, all the shuttle drivers, Kim Van Diest, and anyone else that helped make this weekend so great. Also big thanks again to the Danskins for putting up with a bunch of grubby paddlers at their beautiful place up the lake. Finally thanks to Fraser and Curtis for taking the pix. 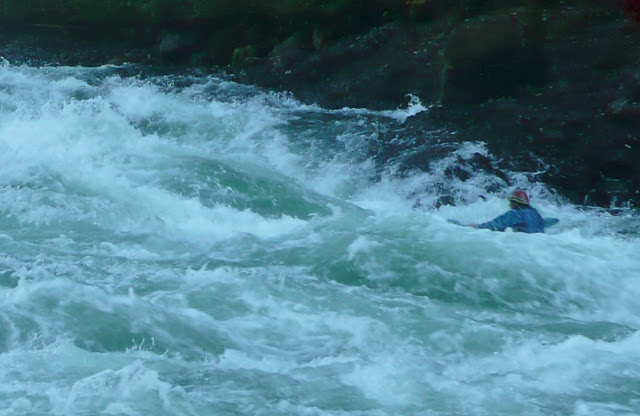 The season is starting to wind down in PG, but there's still a few good runs to be had. Check the forum for the latest, and hopefully see you on the river.
Posted by Matt at 10:25 PM